You may know to avoid the passive voice. Well, we’ll show you a powerful trick that will make a lot of sentences more clear by fixing a common issue people don’t know about (God that’s awful).

The passive voice is something you should not use and is hated by college admissions officers.

Brush up on the passive voice (and learn why it can keep you out of your dream college).

Before we met, one of our students didn’t get into a STEM summer program at Brown. Her mother called the school, and they told her the issue: she had written too many sentences in the passive voice. They liked her, and she would have thrived in the program, but they said they had so many qualified applicants that they had to make a decision somehow.

There are times to use the passive voice (like in this sentence). But, in general, avoid it. We’re not going in depth here, but Alice Underwood at Grammarly wrote a great post about it. You can read it here.

Second, learn all about nounification.

OK, we made up the word nounification. That may be why you’ve never heard it.

Nounification is when you take a perfectly good verb, mess around with it, and turn it into a reluctant noun.

For example, start with a simple verb:

rub (/rəb/)
verb 1. move one’s hand or a cloth repeatedly back and forth on the surface of (something) with firm pressure.

Work some magic on it, usually by adding -ing, and voilà, you have a noun:

Technically, this is called a gerund.

Watch what happens when you make the gerund – the nounified verb – the subject of a sentence:

Rubbing the puppy’s head was enjoyable to Billy.

This is not a graceful and clear sentence. This is an awkward and wordy sentence.

Watch what happens when we re-verbify the gerund:

Now, not all gerunds are bad things. Here’s a clear sentence:

The culprit isn’t the gerund itself – you run into trouble when you make the gerund the subject of the sentence.

As you’re polishing your essay, here’s what to do:

Watch this video to learn the slickest trick to writing more clearly and gracefully.

Rough script for the video

A sentence represents something in the world.

In the there’s an actor. Someone or something that does something. 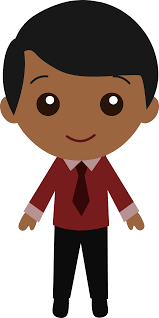 In a there’s a noun.

The brain wants the noun to be the actor in the world and if not, it gets all confused.

Here’s a sentence. In the real world who’s the actor?

Rubbing the head of the puppy was gratifying to Billy.

What the noun of the sentence?

It’s not the puppy.

Get them aligned. Rewrite the sentence:

Now, how clear is that?

First of all, we’re getting into some sophisticated writing trickery. The concept is straightforward, but even skilled writers struggle with this. But, you can make a huge leap in the clarity of your writing if you learn how to do this, even a little bit.

First, hunt for suspect nouns. Look for words ending in -ing. Often, these are verbs that you’ve turned into nouns against their will.

[[use real sentences from kids’ essays]]

Ask yourself, who’s the actor in the real world? What’s the noun of the sentence?

Not the same? Go to work.

Second, look for long, gangly, awkward sentences. If someone else has reviewed given you feedback, pay close attention to sentences they say they stumbled on. Often, they have trouble reading the sentence because the actor and noun don’t line up.

Go to work on these sentences the same way.

Remember, we’re dealing with advanced writing magic here. Pay attention to it and it can make you a significantly better writer. But, if it’s stressing you out, don’t worry about it.

[[This is jumbled up–not sure what else to do here other than give some examples from student essays.]]

[[Plus, it’s hard to write this without mismatching nouns and actors, like in this sentence.]]

Go on a puppy hunt.

Go through your essay sentence by sentence. For each sentence ask yourself:

Is this a puppy sentence?

Are the subject of the sentence and actor in the real world the same?

Are the verb of the sentence and the action in the real world the same?

If not, do you have one of these three awesome reasons why it should stay that way:

Unless it’s for an awesome reason, see what happens when you make it not a puppy sentence.

As you’re writing, you may run into sentences that won’t behave and are hard to make good. That’s a good place to ask if it’s a puppy sentence — that’s the culprit lots of the time.

(The other culprits are parallelism and tense issues — need a page for each of these?)

Buy this book and geek out on language. (Optional!)

We love this classic book on writing – we’ve become better writers because of it. 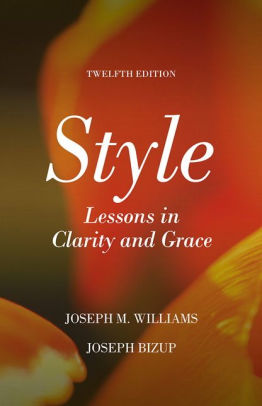 Style: Lessons in Clarity and Grace by Joseph M. Williams and Joseph Bizup